Our Story - The History and People Behind Proposal Kit /

Who are the People behind Proposal Kit? 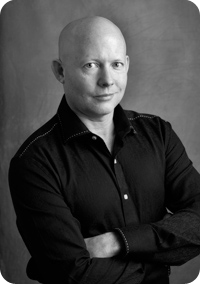 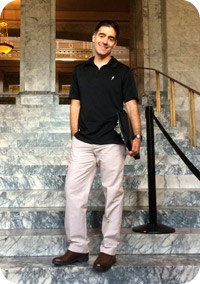 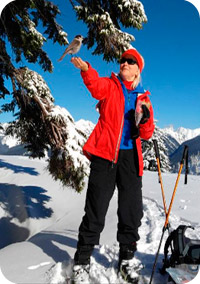 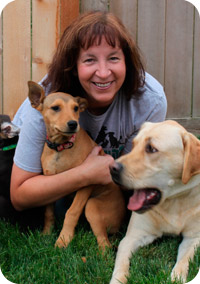 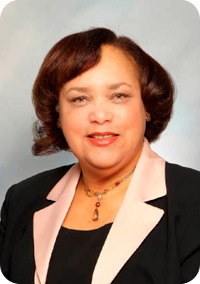 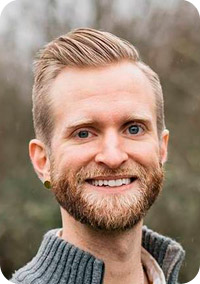 Our story starts here. Back in 1997, there was no Proposal Kit. The creator of Proposal Kit, Ian Lauder, was a software engineer specializing in database development and software consulting for Fortune 500 companies.

Ian was also a part-time professional photographer building an extreme sports and nature stock photography portfolio on the side.

The Internet as we know it now, with competing web browsers and rich multimedia websites, kicked off between 1996 and 1998. We were there at the beginning.

Ian started building small business websites, combining his software development skills and photography to create online business presences for many small businesses. He needed a proposal to sell web design services, and a legal contract. Back then there were two options for figuring out how to write a proposal: one PC-based product that was affordable only by larger businesses, or a generic hardback book on how to write a business proposal. Amazon was just getting off the ground.

We started out like many of you, needing to figure out at the last minute how to write a proposal to a client. Back then, we only had the resources of some generic hardback books. Now you have over 20 years of proposal and contract writing experience, templates, software, and samples at your fingertips with Proposal Kit.

Ian then created the seed of the material that would become Proposal Kit: a short proposal and a collection of checklists and other tools such as estimate spreadsheets. He hired an attorney to help draft a website development legal contract from scratch, as none of this kind of material was available on the Internet at that time. After using these materials to run the business side of the website development business and being told numerous times that these were the best pitches and most detailed contracts his clients had seen from any competitor, he had the idea to package these documents into a product for sale to other aspiring website developers.

In 1999, the name Proposal Kit was decided on, because it perfectly described what the product would be: a kit of content for writing a proposal. It was originally only ten documents targeted specifically at website developers. The ProposalKit.com domain was registered in 1999. Proposal Kit became the first proposal and legal contract template product specifically made for website developers.

A couple of years later, Ian expanded the website development business to start creating rich multi-media presentations on business-card-sized CD-ROMs, which were just becoming a new marketing fad. His expertise in software development, photography, website development and graphic design were a perfect combination. 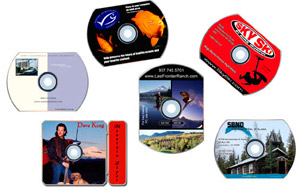 For these new business endeavors, more legal contracts and proposals had to be created for graphic design projects, CD-ROM development and duplication projects, Flash multimedia and so on. All of this new content was rolled into the Proposal Kit product, and the market for Proposal Kit grew along with it.

During this time, other key individuals came into the CD-ROM development business, such as Tom Granger. Tom’s company over the years branched into website hosting and many other web and software design specialties. Much of the proposal and contract material created by Tom’s company has been acquired for use in Proposal Kit, expanding Proposal Kit into more IT specialties over the years.

Over time, as the number of templates grew, we needed a software interface to help manage and customize them. The Proposal Pack Wizard software interface was created in 2003 when Microsoft released Word 2003 with the macro-support features our interface needed. 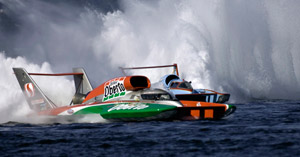 Ian also had created a stock photography website and was a professional event photographer at this time. His work included being the official photographer for Seattle's Seafair event.

All of the proposals and contracts for photography from stock photo sales, model releases, and copyrights, etc., created for that part of the business were rolled into the Proposal Kit as the Photography/Media Contract Pack.

We kept hearing from Proposal Kit customers about how they used the package for proposal writing situations we had not designed it for outside of the realm of Information Technology companies. We embraced this variety and continually expanded the content in Proposal Kit to cover more types of proposal writing and more business situations and industries.

In 2004, we started working with Pamela Beason, who had been a managing editor at Microsoft. Pam has written many of the stock Proposal Pack templates and Sample Proposals, as well as proofreading most of our content over the years since then.

In 2009 we rebranded with a new logo and website design.

The logo represents overlapped pages with blocks of content which is how the Proposal Kit system has been designed to work.

As the amount of content grew, we divided that content into different products. The full Proposal Kit Professional bundle was the original Proposal Kit. We accumulated so many legal contracts that they were split into six different Contract Packs. 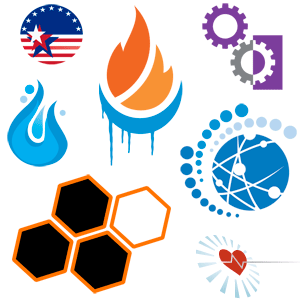 Jennifer Ward has been responsible during this time for creating many of the hundreds of Proposal Pack logo design themes.

A lot of material we created or acquired over the years has not always fit neatly into the proposal or contract writing categories; however, it is well suited as additional material that can be used to manage various kinds of projects after a proposal has been accepted and that project has been started. We bundled this extra material into our Professional package as the Project Management Pack. Recognizing that many companies need to manage large amounts of data, in 2012 we worked with a records management specialist to create a large collection of proposal and project management content specifically for larger scale records management projects. The Records Management Toolkit is a subset of this material created by Leigh Woody.

With the increasing use of mobile devices it was time for a complete redesign of the Proposal Kit website. In late 2015 we rebuilt our entire web site replacing it with a responsive mobile friendly design created by UX designer Alexander Musgrave.

We rolled out our 20th edition of Proposal Kit Professional. We also completed a complete overhaul of all of our hundreds of products with a new design and interfaces that match our recent web site redesign.

Our entire line of hundreds of products encompassing three quarter of a million documents was upgraded this year to bring all our document formats and software up to the most current versions of Word.

While many proposal template and software programs have cropped up over the years since we started, most of them have faded away.

Proposal Kit continues to grow year by year, driven by what we hear from people like you. We continually add new proposal and contract content, samples, articles, graphic design themes, and software features for every type of business and every industry.

When we started, we pledged to keep our products modestly priced and available to everyone, including individuals and small businesses, and we continue to do so today. Our products are in the same price range now as they were a decade ago, even though now the products include material that has grown by several orders of magnitude.

We have heard from so many of you over the years that we have collected over 800 testimonials and reviews about how our Proposal Kits have helped you solve so many problems, saved time and money, and helped you collectively close hundreds of millions of dollars in deals.

Scores of other people over more than two decades have contributed to the unique content in Proposal Kit, including attorneys and solicitors in many countries, professional business proposal writers, authors, graphic designers, photographers, clients, and software developers. Their combined efforts over 20 years are contained in our Proposal Kit products.

Ian started as a software engineer in 1988, after graduating from the University of Montana, and moved into website design in 1997, creating the first version of Proposal Kit soon after. Ian has also been a professional photographer with many book and magazine credits, such as National Geographic, Seattle Seafair's official event photographer, and Flight Magazine’s senior photographer. These days, Ian and his wife spend much of their free time volunteering with the Seattle Mountaineers nonprofit organization teaching rock, glacier, and ice climbing.

Ian develops all the Proposal Kit software and guides the creation of content by our various designers and writers. CEO of Proposal Kit.

Tom has run a world class web design and development agency in the Seattle area for more than 17 years. He has been drafting, editing, modifying, tweaking, adjusting and otherwise using Proposal Kit documents day in and out in his business. His firm FDGweb works for clients large and small, including Microsoft Tech All-Stars incubator start-ups and Fortune 500 companies. If you can think it... his firm can build it.

Tom has contributed hundreds of contracts, documents, memos, policies and other situational content pieces for more than a decade.

Pamela Beason has held a variety of jobs, including geologic research technician, freelance technical writer for multiple engineering and software companies, managing editor at Microsoft, and even private investigator, which makes her the perfect person to write content for Proposal Kit. In addition to publishing eleven “how-to” books in the past, she’s currently a successful mystery author with multiple award-winning novels to her credit (see PamelaBeason.com for more about that). Whenever she’s not at her computer, you can find her hiking or snowshoeing in the Cascade Mountains, kayaking in the San Juan and Gulf Islands, or scuba diving in the Caribbean.

Pamela has been writing content for Proposal Kit since 2004.

Attending Washington State University to study Veterinary Medicine, Jennifer’s artistic leanings changed the direction of her life. She received a degree in Advertising and Graphic Design instead of her DVM, but her love of ‘four footed’ companions has directed everything from the name of her company Pick of the Litter, the doggy decor of her office, and her co-workers Dexter and Graham (yellow labs). As the Co-Director of Save-A-Mutt (and puppy foster mom), her home never usually has just two dogs.

Jennifer creates many of the hundreds of Proposal Pack graphic design themes.

Dr. Jackson founded her business in 1979 to provide market research to AT&T Communications Research and Bell Laboratories. Between 2006 to present she has used Proposal Kit to guide applications to diverse clients, i.e., Cisco Systems, Inc. Drexel University, City of Philadelphia, U.S. Army. She continues to use the diverse Proposal Kit designs and samples to meet funder needs. In 2016 her team won the first STEM Ecosystem Grant covering 8 southern NJ counties for K-14 learners.

Alexander has a passion for form meeting function and creating a frictionless user experience. Embracing visual communication mixed with new technology, he specializes in designing and building a project vision from the ground up. Having worked with a wide range of clients and companies – from corporate giants such as AT&T, to small, local NPO and NGO’s, to ambitious VC startups – Alexander has a wide range of project experiences to draw upon.