How to Migrate Proposal Kit Installation Between Computers

This video illustrates how to move an installation of the Proposal Pack Wizard software and other Proposal Kit products from one computer to another without having to run the installer programs again and set them up from scratch. This will preserve all of your customizations to the software and templates. 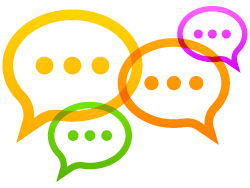 In this video we're going to show how to migrate your Proposal Kit and your Proposal Pack Wizard software installation from one computer to another computer without having to go through the whole reinstallation process from scratch which may also include having to re-customize a lot of your customizations in the software. So, basically there are two things that are going to have to happen. You'll have to export a registry key from the Windows registry for the Wizard software and re-import that key into the new computer and simply dragging and dropping or copying via a USB stick or just direct from a network connection the entire folder for the Proposal Kit installation from one computer to another.

Now you'll see a number of keys here. These are what are called keys and you want to click HKEY_CURRENT_USER and then click Software and scroll down until you find ProposalPackWizV# and then a number. This number will be whatever major version of the Wizard software that you have installed.

You just highlight that and you'll notice in here these are just all the settings in your install of our Wizard. You'll also notice a number of paths to folders. So this is going to be a key thing in getting the Wizard software and Proposal Kit migrated from another computer is you really need to use the exact same directory structure.

So you'll see in this example I have Proposal Kit installed into the D: drive. By default it's usually on the C: drive in a folder called ProposalKit and then ProposalPack. So if I was going to export this registry key I would have to create a folder on the new computer on the same drive.

So you'd have to have the same drive letter on both computers. If you're using a C: drive, almost every Windows computer basically defaults to the C: drive for everything anyway so it makes it easy. But if you have a custom install you just need to use the same directory structure.

Now if you can't use the same exact directory structure that makes migrating the system a little more difficult. I'm not going to illustrate this in the video but you would have to actually use a text editor and do some search and replace across every path in this registry file that we export and change the path to what the new directory structure will be. Then you would also have to do a search and replace across multiple Wizard database files and replace the paths in those files.

So that would take a little bit more work to get it just right but that way you can also migrate to another computer and a different directory structure. For this demo we're just going to show how to export the registery key as-is and use the same directory structure. So once I have the ProposalPackWizV# highlighted I can just say File > Export and I can just give it a name.

I'll just copy it to the Desktop and call it ProposalKit reg. And that's all there is to exporting the registry. Now this is just a text file and I can open it in Notepad and it's just a bunch of settings.

On the computer that you'll be copying everything from you'll run the regedit program and export the Wizards registry key to a text file. And that's all there is to it. Alright so I have this computer set up right now and you'll notice on the C: drive I do not have a ProposalKit folder and I've cleared out the registry on this computer.

Okay, now you see I've got a network drive open here from another computer that has a Proposal Pack Wizard and Proposal Pack installed. Our Mining #3 design theme. And we're just going to copy and paste this entire install over to our new computer.

It doesn't really matter where you put it and now we don't have to use the other computer anymore. You should be able to just double click the registry file. Windows should recognize the .reg extension on the file and automatically know that it's going to use the regedit program.

So we don't need this file anymore and I can double check by just running the regedit program. Go down to the HKEY_CURRENT_USER > Software and now we see our imported registry key. It's got the directory paths from the other computer which is the C: drive C:\ProposalKit\ProposalPack and we can double check okay we're on the C: drive.

Now we should be able to just run the Wizard and have it run just like it did on the other computer. Now we won't have the desktop icons from the previous computer so those will have to be recreated. Okay, so now that we have the ProposalKit folder copied over, we have the registry imported, now we can start running the Wizard on the new computer.

Now note that when we copied the Wizard from another computer that means we didn't run the normal installer exe file on the new computer. So the Salesforce DLL won't be registered with your Windows operating system. Which means trying to run the full version of the Wizard which is the ProposalPackWizard_Win_V15 file will create a compile error probably when running it on the new computer the first time.

So what we need to do is start by running the 10S version. This is the version of the Wizard that does not have the third party integrations included such as Salesforce, Outlook and QuoteWerks now the Salesforce API that we need to register it's actually in this API folder right here. Normally this DLL is registered during the Wizard's installer program but it hasn't been registered because we did a copy of the installation from another computer.

But we have a feature built into the Wizard that will do this for you to register it. All we have to do is run the 10S version of the Wizard. If you get an Enable Content security message right here just click the Enable Content button to enable the macro on the new document then click the Add-Ins tab and run the Wizard.

Now if you get any path not found or file errors right now during this first run that means something in the setup wasn't exactly the same between the new computer and the old computer. Now normally the Wizard will fix up any problems so you should be able to get to the home screen here and then what we'll do is we'll have to use the Preferences to finish setting up the Wizard to run full version. So just click the Preferences and we'll come over to the Integrations tab and note also during the copy we don't have the Desktop shortcuts anymore.

Those are created by the installer program but we can make a Desktop shortcut right here and that will rebuild the shortcut to the full version. Now there's another tool over here on the Tools tab. Repair Tools > Repair Desktop Shortcut.

Click that and that will create the Desktop shortcut links to the manual the quick start manual and the 10S version of the Wizard. So I'll just come back over here to the Integrations tab where we were and you can also do a test for compatibility. This will check a couple things to make sure that you can run the full version of the Wizard such as whether you're using the 64-bit versus 32-bit version of Office.

I'm just going to click that and there's a little pop-up message here from the registration program and it says it had succeeded. So now we know the DLL for Salesforce has been registered with the Windows operating system and we can close this. Now we should be all set up.

So let's double click this and we should be all set up. So notice this is the first time we're running this document so we have to enable the content and now you see an Initializing Wizard. If you see a compile error right about here that means something is not compatible on your system.

Most likely you do not have the Salesforce DLL registered. Now you can see the Wizard is running and it's all set up on the new computer. That's all there is to it to transfer a Proposal Kit installation from one computer to another.

Getting everything set up including the DLLs registered, the icons created without having to do a full reinstall from scratch and having to redo all your customizations to the Wizards databases and files and so on.