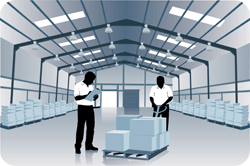 My curiosity and competitive nature got the better of me. And the fact that I really believed that I knew what the client(s) expected from our business. Not knowing exactly what a proposal was, or for that matter how to create one. After all I worked in the warehouse. I did some internet searching, on my own time.

The Internet searching proved fruitful. I now had an understanding of the construction and format of a proposal. Now came the hard part, putting all of this new knowledge on paper. I knew our businesses capabilities.

Some more Internet searching, for a program, template or something to help me pull this all together. I found many possible solutions, one of them being the Proposal Kit. After trying a few of the other trail downloads, Proposal Kit won out. I made the purchase and composed my version of a proposal.

After completion (took me about a week) I converted the proposal from a Word doc to a PDF and burned it to a CD. I asked my supervisor if he could send the CD to the salesman that did the original proposal through inter-corporate mail. My supervisor asked what it was, I told him it may help with creating the proposal needed for the potential client that we needed to bring on board. He asked if he could take a look at it. I told him that he could.

My supervisor had seen me at the time clock punching out, he told me that he had sent the CD to the person that needed to see it.

Two days later there was a piece of paper clipped on my time card, telling me to report to the office receptionist. I notified my supervisor as to where I needed to go. His reply was "hurry back, I need to talk with you." On my way to the office I was wondering, Oh boy! What did I do? I bet that I stepped on some ones toes - it was nice working here.

The receptionist said someone will be with you shortly. Seconds later a woman told me to follow her. After a short walk, she stopped pointed to a door and said go in there he's waiting for you.

The owner of the company was on the other side of the door, sitting at a conference table. My CD was on the table. The owner told to have a seat. He asked me if I did the proposal that was on the CD. I told him that I did. "Do you still have an editable file of the proposal?" I answered, "Yes I do." "May we use this proposal of yours?" I said, "Yes absolutely". He then told me that my supervisor needed to speak we me, and thanked me for coming in.

After retrieving my proposal and returning to work. I was sent to the sales offices. I walked in told the first person that seen who I was and what I had with me. The salesmen stood up and were clapping. The salesman that wrote the original proposal came over to me shook my hand and said "That is a great piece of work." Ushering me to a desk saying, "You can use this desk. There are a few changes that need to be made to the verbiage of your proposal. I can help with these. You're office will ready tomorrow morning."

After the changes were made to the proposal, it was proofread by the owner and all of the salesmen. The proposal was sent to the client. Here's the really good news, the proposal was accepted, and two days after the client received it. We got the contract. And quite a few more followed.

I am by no means saying that I had become proposal writing guru in a week or two using Proposal Kit. What I am saying is that, I had the knowledge of the Who, What, Where and How of the clients product moving through our system and distribution. And why using us to distribute their product would benefit them.

Proposal Kit is the tool that I used to compile that information into a straight forward proposal for the clients approval. And so far we are averaging eight out of ten acceptances.

Pros: Covers nearly any type of proposal you may need. The ability to add more or create your own "themes" and "packs" for your own specific industry or product/service is very powerful. Instead of purchasing a whole lot of what you don't need, purchase only what you do need and grow from there.

Cons: Little bit of a learning curve to get up and running with the application (you need to/should know something about proposals.) But, this is to be expected with any new (to you) application.

Summary: Great application that is very powerful and saves a significant amount of time once you are up and running. Create with ease a very simple or complicated/comprehensive proposal. Our clients have been very impressed at the attention to detail of our proposals as well as the professional and unintimidating appearance of the document. Imagine your clients legal department/lawyer approving your proposal two days after receiving.

John worked in the warehouse before taking the initiative and using Proposal Kit to write a proposal that not only landed his company new clients but got him promoted to the sales department.

Using our professional quality proposal and contract packages, wizards and support documents to develop your proposals, business plans and other business documents will give you a comprehensive final document that will present you and/or your organization as a highly professional alternative that instantly inspires trust. It will definitely give you the inside track.

You can order and instantly download the Proposal Kit that best suits your needs.