How to write your own Feasibility Study proposal 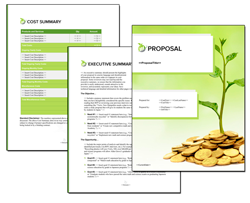 Screenshots of 4 of 10 pages of this sample. 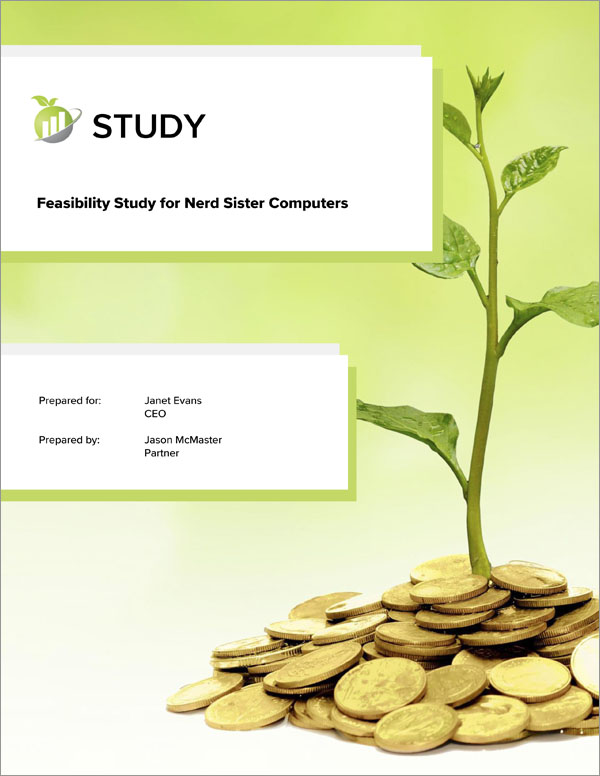 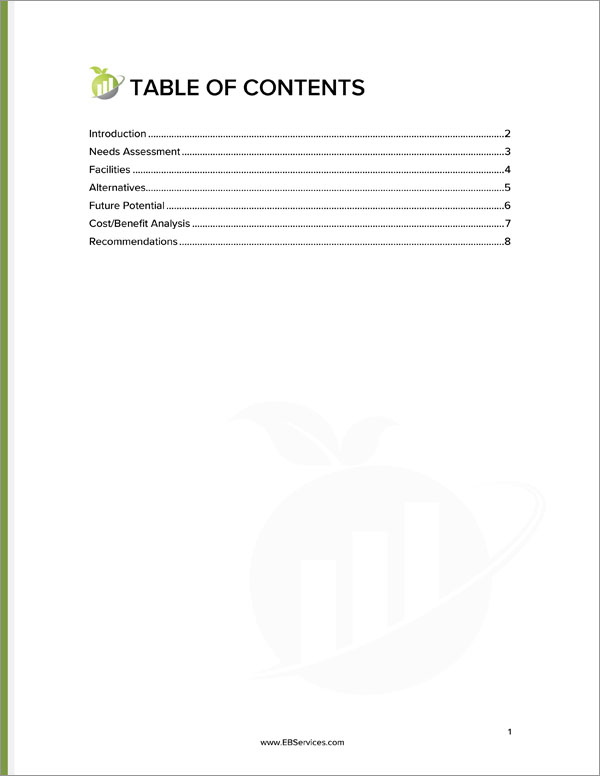 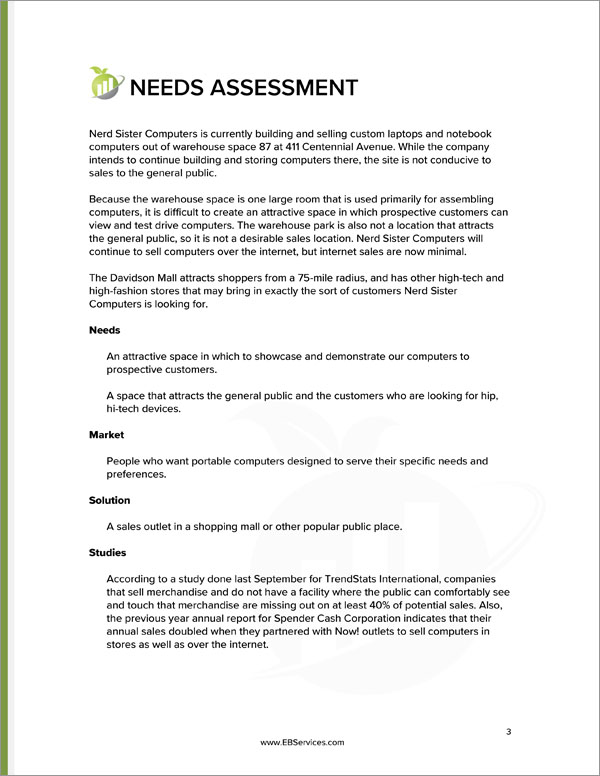 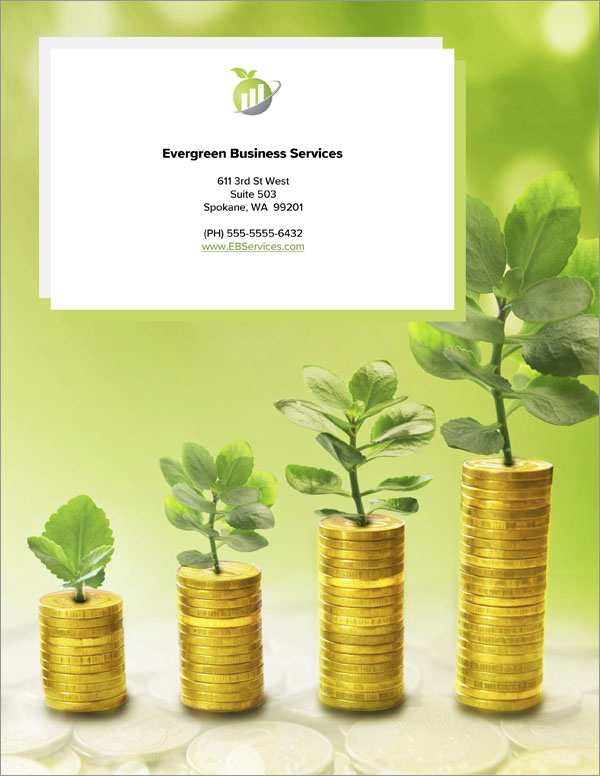 1. Get a Proposal Pack such as Accounting #2.

This Feasibility Study Sample is included in both PDF format and editable Word format chapters that can also be customized using the included Wizard software.

The Feasibility Study is an example of a complex document created using Proposal Pack to create a detailed feasibility study for a business.

This is a good example to follow for creating complex business documents using Proposal Pack for studies, plans, reports, etc.

Used by anyone creating complex business documents such as studies, plans and reports.

This report was written for the benefit of the Nerd Sisters owners and investors and is not intended for public consumption. Nerd Sister Computers is currently building and selling custom laptops and notebook computers out of warehouse space at Centennial Avenue. While the company intends to continue building and storing computers there the site is not conducive to sales to the general public. Because the warehouse space is one large room that is used primarily for assembling computers it is difficult to create an attractive space in which prospective customers can view and test drive computers.

The warehouse park is also not location that attracts the general public so it is not desirable sales location. Nerd Sister Computers will continue to sell computers over the internet but internet sales are now minimal. The Davidson Mall attracts shoppers from 75 mile radius and has other high tech and high fashion stores that may bring in exactly the sort of customers Nerd Sister Computers is looking for.

An attractive space in which to showcase and demonstrate our computers to prospective customers. Space that attracts the general public and the customers who are looking for hip hi tech devices.

People who want portable computers designed to serve their specific needs and preferences.

A sales outlet in shopping mall or other popular public place.

According to study done last September for TrendStats International companies that sell merchandise and do not have facility where the public can comfortably see and touch that merchandise are missing out on at least 40% of potential sales. Also the previous year annual report for Spender Cash Corporation indicates that their annual sales doubled when they partnered with Now. Outlets to sell computers in stores as well as over the internet.

The Davidson Mall is open from 9am – 9pm Saturday and 12 7pm on Sundays. It currently has the following spaces available. Mall security and listings on outdoor and indoor signs are included in the rental price per month.

$950 to $1190 month depending on contract. This space was formerly occupied by women’s clothing store. It includes very small storage office room and restroom in the back and currently includes two dressing rooms and cashier counter. There are electrical outlets spaced around the perimeter and two at the cashier counter.

$750 to $1000 month depending on contract This space was formerly occupied by specialty toy store. The space is currently completely stripped of temporary walls or counters. It includes small restroom in the back corner.

There are eight electrical outlets spaced around the perimeter. Space Location. Between BigGals clothing store and vacant space soon to be converted to cinema complex across from south mall entry.

Size. sq ft Rental. $875 to $1050 depending on contract This space was formerly occupied by party supply store. It has cashier counter and small office and restroom at the back.

There are nine electrical outlets spaced around the perimeter of the room. Alternatives to leasing space at the Davidson Mall are presented below. Lease space elsewhere.

Other possible alternatives are spaces at the Firwood Center Court and the Southside Mall. But all of these are substantially more expensive. Only the Southside Mall offers as much customer access and it is miles further away from the manufacturing facility. Do not lease additional retail space; try to beef up current sales.

Nerd Sister Computers could continue in its current space in the warehouse park. But then it is unlikely that many additional retail customers would be attracted to that site although attempts could be made by positioning large advertising sandwich boards on Centennial Avenue and taking out ads in local magazines and newspapers. In addition Nerd Sisters could pay for targeted ads on the internet to try to increase internet sales but studies show that most people want to see and touch computers and handheld devices before they buy.

Although the economy has only just begun to recover from the recent economic downturn we envision the following future potential for this project. The Davidson Mall is located in an area that includes many of the most sought after residential neighborhoods. More and more wealthy families are moving to the area purchasing and refurbishing the many historic homes found there. The Coole Street Condo Development although temporarily halted due to the economy is now starting up again with all construction on its deluxe condos expected to be complete by May of next year.

We anticipate that this area will continue to attract high income families who will shop at Davidson Mall. The Mall expects to begin construction on new cinema complex late next year which will bring in more customers. Thus we feel that the potential for selling customized computers at the Davidson Mall will increase in coming years.

With rental prices for vacant mall spaces currently at 10 year low now would be good time to lock in five year contract for mall space. We anticipate the following costs and benefits for opening retail space in the Davidson Mall. Based on our analysis of this project we recommend the following. Lease space #16 in the Davidson Mall on five year contract Space number is ideally located to draw in customers for Nerd Sister Computers.

Fifty percent of our clientele are upscale business women who are likely to buy clothing at Harmoney. And Teck Shack and The Reading Rack will draw in ‘educated geeks’ of all ages. Teck Shack does offer few handheld computer devices that will compete with Nerd Sisters on minor level but ours are customizable not one type fits all so ours will compare favorably.

Do minimal remodel ASAP. All present furnishings can be kept. Add display tables in center of room and display racks and shelves along walls. Hire four part time sales clerks.

When I had the chance to use the Contract Pack, I jumped on it because I used Proposal Pack and Proposal Pack Wizard on a weekly basis. It’s the most phenomenal software I have ever seen for writing proposals which is a huge part of my business."

There are thousands of proposal topics to choose from in Proposal Pack. This sample uses the following set of Proposal Pack topics: Title Page, Table of Contents, Introduction, Needs Assessment, Alternatives, Cost/Benefit Analysis, Recommendations, Future Potential, Facilities, Back Page.
There are 200 complete sample proposals including this one in Proposal Pack.