How to write your own Intellectual Property Licensing Proposal 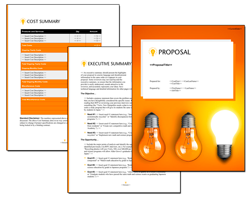 Screenshots of 4 of 13 pages of this sample. 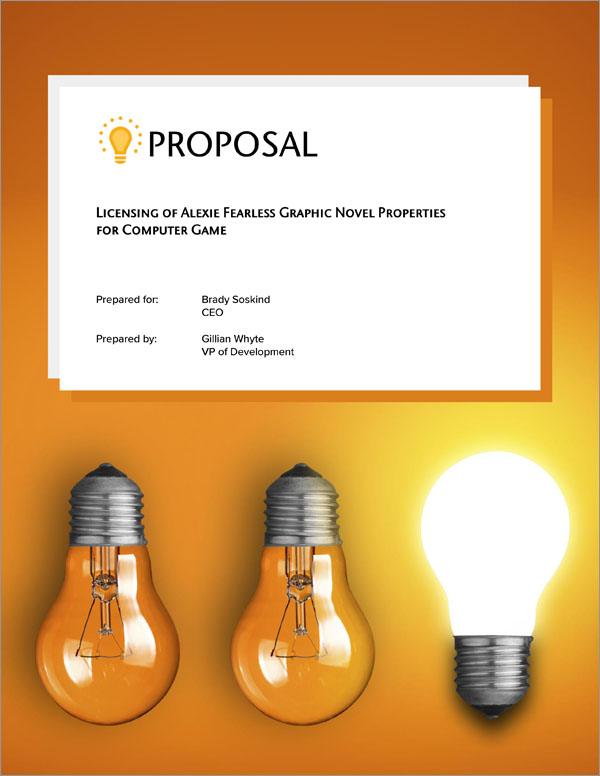 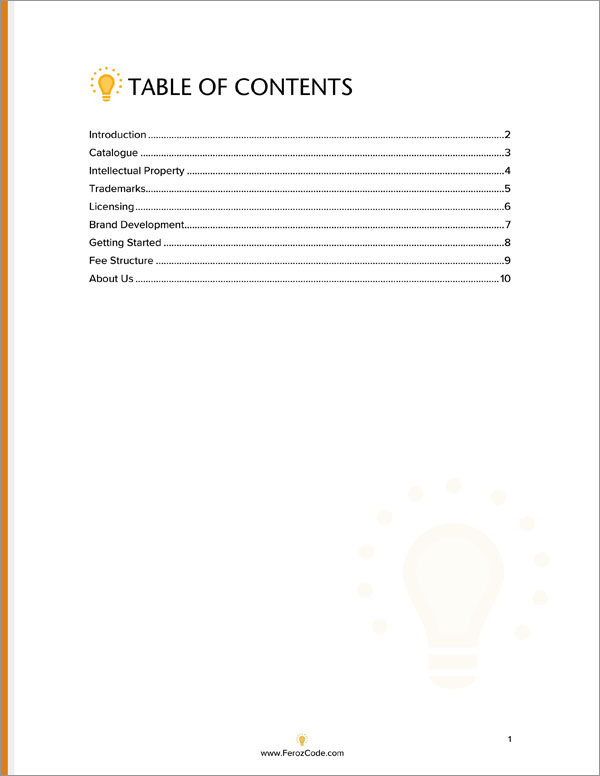 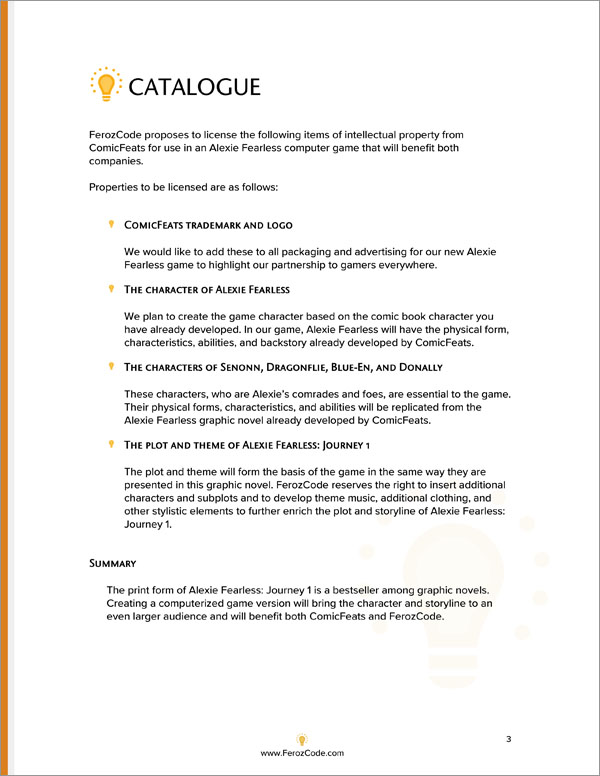 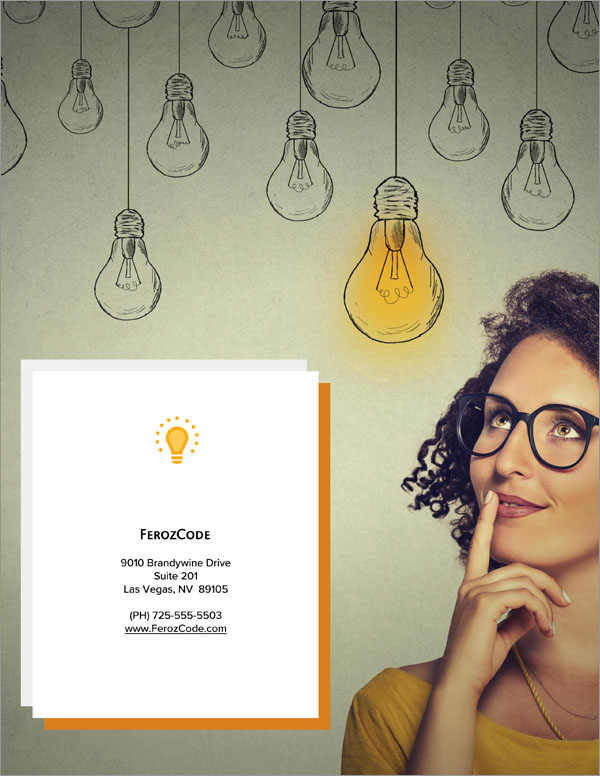 This Intellectual Property Licensing Sample Proposal is included in both PDF format and editable Word format chapters that can also be customized using the included Wizard software.

The Intellectual Property Rights Licensing Sample Proposal is an example of a proposal to license the trademarks or rights of one company's property for use in another company's products.

This is a good example to follow for companies proposing to lease rights to another company's property.

Anyone needing to write a proposal for licensing rights.

In fact, we love it so much that we want to transform it into a computer game, and thus we are proposing this intellectual property licensing agreement that will benefit both our companies. Our company strives to develop nonviolent adventure games that will please both male and female players, and your graphic novel perfectly meets our criteria. We’re sure that after reviewing our proposal, you will agree that expanding Alexie’s adventures into the world of digital gaming will grow the audience and market share for both the graphic novel and the game.

We hope to develop a lasting partnership with ComicFeats to do a whole series of Alexie Fearless products. We strongly believe our proposal has been thoroughly outlined and will meet or exceed all of your expectations and requirements. We will call you on September 2nd to answer any questions you may have and to set up a meeting.

Journey 1 will expand the branding for the character name and for both our companies, ComicFeats and FerozCode. It’s a win-win proposition for everyone. ComicFeats has created a sophisticated, brave, inspiring character in Alexie; an intriguing cast of cohorts and villains with Senonn, Dragonflie, Blue-En, and Donally; and an exciting storyline with Journey 1. This marvelous world currently appears only in graphic novel form.

FerozCode is known for developing exciting nonviolent adventure games that feature intelligent, strong male and female leaders. Alexie Fearless fits perfectly into our product line. You have the characters and the story. We have the game expertise.

The family gaming market is waiting. Let’s unite our two strengths to create a fantastic new game. FerozCode proposes to license the following items of intellectual property from ComicFeats for use in an Alexie Fearless computer game that will benefit both companies. Properties to be licensed are as follows.

FerozCode reserves the right to insert additional characters and subplots and to develop theme music, additional clothing, and other stylistic elements to further enrich the plot and storyline of Alexie Fearless.

The print form of Alexie Fearless. Journey 1 is a bestseller among graphic novels. Creating a computerized game version will bring the character and storyline to an even larger audience and will benefit both ComicFeats and FerozCode. FerozCode recognizes that parties to this project possess certain intellectual property rights, and promises to do the following to protect those rights to the following properties.

Journey 1 - game will be the first of an Alexie Fearless series of games. As new Alexie Fearless graphic novels are produced by ComicFeats, FerozCode hopes to also license those stories for future game development. FerozCode understands that the following are considered valuable trademarks and should always include a trademark symbol when printed.

Alexie Fearless The name of this character shall always include a registered trademark symbol when appearing in print. Senonn, Dragonflie, Blue-En, and Donally The names of these characters shall always include a trademark symbol when appearing in print. The name and company logo of ComicFeats The ComicFeats company name and unique pen drawing logo shall appear in the forms registered and protected by ComicFeats. FerozCode will honor and protect all of the copyrights and trademarks assigned to properties licensed from ComicFeats.

In addition, FerozCode proposes to pay 15% of profits from sales of the game to ComicFeats on a semi-annual basis. In addition to obtaining the rights to use the Alexie Fearless. Journey 1 story to develop our first game, FerozCode hereby states our desire to option future Alexie Fearless graphic novels for additional games.

This intellectual property licensing agreement shall remain in effect as long as FerozCode, Inc. produces and sells any Alexie Fearless computer game. In the event that this game is sold internationally, this license agreement shall apply in all markets around the world without restrictions. Trademarked character names shall not be translated into other languages.

FerozCode and ComicFeats are both relatively new companies in the respective fields of graphic novels and computer games. To benefit both companies, we propose to do all of the following. Prominently display both company logos on all Alexie Fearless game packaging and advertising The marketplace will understand that we are partners in this arrangement.

Develop joint advertising campaigns that highlight both graphic novel and game By marketing to both readers and gamers, FerozCode and ComicFeats should grow the audience for our Alexie Fearless products. Focus on the developing female audience for these products Strong, gutsy, female superheroes are extremely popular now, and more women and girls move into the game and graphic novel market each year. We will encourage this trend and target this audience whenever possible, while continuing to appeal to our broad audience of gamers by enriching and bringing to life the exciting storyline of Alexie Fearless.

After agreeing to the basic licensing arrangements proposed here, FerozCode and ComicFeats will need to cooperate in the following ways. FerozCode may scan pages from the Alexie Fearless graphic novel to develop animated game characters as needed; however, higher quality images could be more easily achieved if original digitized images are available from ComicFeats. As the game characters and computerized environments will appear to be three dimensional, FerozCode may need to develop certain views and details that do not appear in the graphic novel.

If additional digitized images are available from ComicFeats, access to those would greatly aid in the speedy development of our game. Graphic files for ComicFeats logo should be shared with FerozCode as soon as possible to guarantee accurate reproduction. Planning sessions for joint announcements and marketing should be scheduled, beginning with a meeting to determine contents for a press release of this agreement.

The developers and marketers at FerozCode look forward to collaborating with ComicFeats personnel to create and market an audience-pleasing game that will benefit all parties. FerozCode is a limited liability corporation developed by partners Adam Feroz and Gillian Whyte. FerozCode aims to create exciting adventure games with minimal violence to please the whole family. "We strive to develop non-sexist game characters, with both male and female characters that are equally strong, intelligent, and resourceful".

While many online games are based on war tactics of shooting enemies, ours are based on quests for prizes, the accomplishment of difficult goals, or the need to save others in jeopardy. We strive to develop non-sexist game characters, with both male and female characters that are equally strong, intelligent, and resourceful. FerozCode has been awarded the coveted All-Genders Game Award and the Family Plays Award.

FerozCode was founded in 2010, and employs 10 full-time game developers, 2 marketers, 3 clerical staff members, and 2 product support technicians in addition to the partners mentioned above. We also hire script writers, voice actors, videographers, electronic musical experts and composers, and testers on a contract basis. At FerozCode, we strive to create a relaxed, collaborative environment in which everyone’s contributions are welcome and valued.

Proposal Pack Wizard is the perfect companion to Proposal Kit. The business proposal software provides a user-friendly interface for writing proposals allowing the user to quickly input their personal and client data. With the push of a button, the proposal software does its magic and seamlessly populates all needed proposal templates to get you up and running in a snap."

There are thousands of proposal topics to choose from in Proposal Pack. This sample uses the following set of Proposal Pack topics: Cover Letter, Title Page, Table of Contents, Introduction, Fee Structure, Getting Started, Licensing, Brand Development, About Us, Intellectual Property, Trademarks, Catalogue, Back Page.
There are 200 complete sample proposals including this one in Proposal Pack.